With three different winners in as many rounds, the excitement just gets building up at Devanahalli.

Aishwarya is on a quest for sixth consecutive national title in Ladies Class. The 2019 FIM World Cup Bajas winner, is currently on top of the standings. 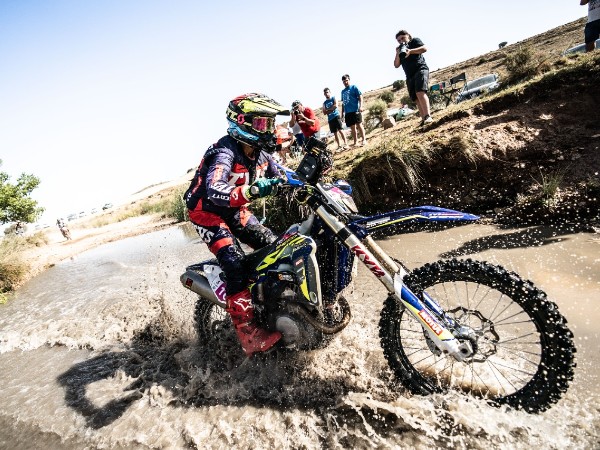 It may be recalled that Aishwarya had re-launched her campaign by successfully completing the gruelling Baja Aragon, the fourth round of the FIM Bajas World Cup that was held in Teruel recently.

At Aragon, the 26-year-old rider completed the tough course and bagged full points in the Ladies Class and finished 14th in FIM WC 450cc class. With a creditable 47th in overall classification, she clocked a combined time of 11hrs, 8min and 52sec to put her campaign back on track.

As per a Media Release received, the K1000 rally, organised by the Karnataka Motor Sports Club (KMSC) and promoted by GodSpeed Racing, has attracted 84 entries.

Petronas TVS Factory Racing team have dominated all the classes and its leading riders Rajendra RE of Shivamogga and defending champion Abdul Wahid Tanveer of Mysore will be the strong contenders.

Sarath Mohan is the current leader in Superbikes Expery class.

Kerala privateer Sarath Mohan is leading the Superbikes Expert class. Chalass K Bose, Imran Pasha, Naresh VS, Pinkesh Thakkar and veteran Venu Ramesh are the other riders to watch out for in their classes.

On Sunday (August 14) six special stages of 57kms will be run. The six-round season will conclude with Pune and Nashik in November.

“Due to rains, the terrain has become more challenging and with the season at the mid-way stage the competition is at its peak and we are expecting a thrilling rally,” said seven-time national champion Shyam Kothari of GodSpeed Racing, the Promoters.

KMSC, with the support of sponsors MRF, have made sure that all arrangements are in place, including a technically-challenging terrain.

That rally ended prematurely for Aishwarya as she crashed and ruptured her pancreas in the process.

But that painful experience has not, however, dented her passion for the sport and she looks to gain more valuable experience on the FIM Bajas World Cup trail through Dubai’s demanding Al Qudra desert to prepare her for an eventual tilt at the Dakar Rally.

The dedicated off-road racer, who began riding as a teenager in her home town of Bengaluru, is the first Indian woman to have won five national road racing and rally championship titles combined.

She enters a Yamaha WR 450F and said: “I’m excited to start my 2019 international racing season at the Dubai International Baja as I will be racing with competitors from across the world. I hope to make a mark in the event in my debut year and I’m training really hard to race in the sand dunes.”

The Dubai International Baja powered by Nissan and AW Rostamani will be launched by a ceremonial start at Dubai Autodrome on March 7.

Competitors head out from Dubai Autodrome into the Al Qudra desert on the morning of March 8 to tackle a dramatic 407km special stage which will be run again the following morning before the event finishes back at the Autodrome at 12.30pm the same day.

Kuwait’s Shaikha Al Nouri is another competitor, who aim to use Dubai’s FIM World Cup stage to show that women can mix it with the men in the tough sport of cross country rallying.

“We welcome Aishwarya and Shaikha and hope that their spirit and performances will encourage more young women to take up the sport,” said rally legend and FIA Vice President for Sport Mohammed bin Sulayem, who also heads the Automobile and Touring Club of the UAE.

David Casteu, Team Manager, Sherco TVS Factory Rally team said, “The prologue stage began on a good note with Michael Metge finishing at the top of the table. This is his first Rally with us and he is in excellent form finishing the stage 12 seconds in advance. This is the first time we have a woman representing Sherco TVS Rally Factory Team and Aishwarya has shown commendable spirit; her goal is to finish all stages and she is still getting used to the bike. Adrien slowed down a bit because of his ankle injury but he will bounce back in the forthcoming stages. I wish them the best for the upcoming stages.”

Stage 1 Update – Sherco TVS Factory Rally Team’s @michael_metge is at the top of the leaderboard at Day 1 of Baja Aragon 2018. A powerful all-round performance for the team with @MetgeAdrien , Guillaume and @misspissay in 5th, 23rd & 41st position. #TVSRacing #BraveTheBaja pic.twitter.com/aMog9IdFH1

Commenting on his performance Michael Metge, Racer, Sherco TVS Factory Rally Team says, “Baja is a great learning ground as a part of the pre-Dakar series. I am happy with this solid start and will do my best to keep the momentum going. The Sherco TVS team has extended immense support to me. It is a delight to race with Adrien and Aishwarya, both of them has showcased tremendous spirit.” 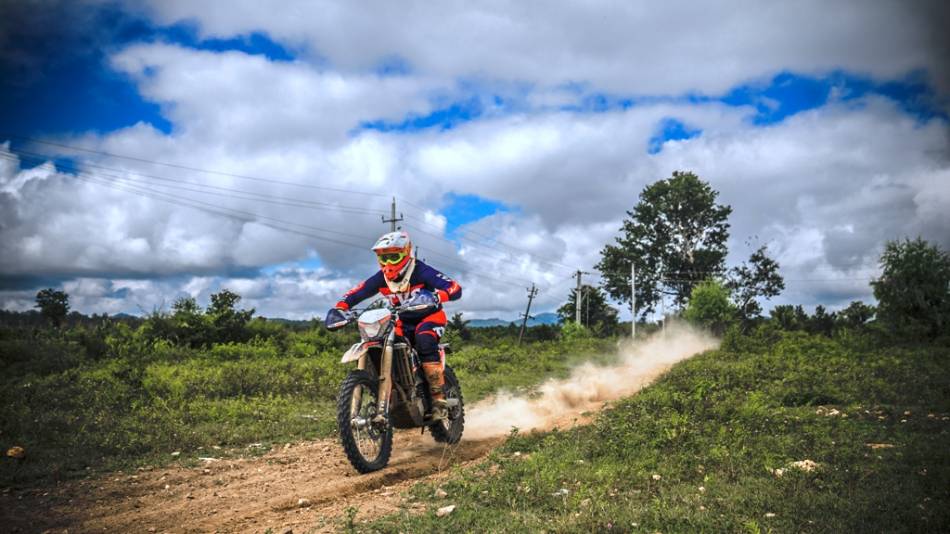 She conquered a challenging and slushy terrain that threatened many a rider to register her second straight win in the Championship.

Pissay said, “The terrain took a beating after the overnight rains. The first stage was very technical both for the bike and the rider. It is important to make sure the water does not go in and that was a tough task, but I found that challenge interesting as it was good training for my bigger enduro cross-country events. My TVS Apache RTR 200 was tuned to the ‘T’ and it allowed me to navigate and negotiate the slush with ease and poise.”

The six-time National champion clocked 47minutes, 07.186seconds to complete the reduced route of four Special Stages. She lost more than 30 secs in the very first stage to her only rival Tanika Shanbagh. But she soon overcame the slushy terrain and switched gears to not only make up the deficit but create a huge gap to win by more than two minutes.

Aishwarya, who won the FIM World Cup Baja in 2019, is supported by TVS Racing, IIFL, Sidvin, Scott, Puma India, and GoPro. The third round of the INRC 2w 2021 will also take place in Bengaluru on November 14.

After her accident in Jordan Baja in March 2021, Aishwarya worked hard on rehabilitation and bagged another National title in the last one year before plunging into high-performance training abroad for about 90 days this year under her acclaimed mentor Michael Metge and Jordi Grau.

The five-time Indian National rally champion who became the first Indian woman to make her international debut at Baja Spain in 2018 at the age of 22, this will be Aishwarya’s third Baja Aragon Spain.

The Indian rider supported by TVS Racing, co-sponsored by Scott, Ultrahuman, IIFL and Micro Labs, looks to turn tables astride a Sherco 450 Enduro – the same bike that she trained hard with in France and Spain to fine-tune her physical fitness and riding skills.

“It was a high-performance training not just focussing on physical fitness and mental conditioning but identifying and fine-tuning certain riding skills and consistently learning the terrain and the art of Road Book. Staying focussed and calm are some other interesting aspects that I enjoyed,” said Aishwarya, who continues to get support from Surana College, her alma mater.

“I have learnt a lot in the training sessions abroad under Micheal Metge and to be able to utilise these skills and continue learning is my goal. I am not looking at World Cup right now, but my focus is on the Baja for the next three days. I will take it event by event. Every incident has taught me lessons and made me stronger. Now I am well-prepared and ready for the event,” said the 26-year-old, who rose like a phoenix after the life-threatening accident at the same Baja on the last day in 2018.”

Administrative and technical checks will take place in Teruel on Friday while the 6 km Prologue will be run from 5 PM (8:30 PM IST) to determine the starting order for the first selective section the next day.

On Saturday (July 23), the riders will tackle two selective sections along with a third one on Sunday morning for a total of 435 km and 342 km of liaison – the transport section.