Since the EU-Vietnam Free Trade Agreement (EVFTA) took effect, the group has exported around 30,000 tons of rice to the EU.

It was the first time the rice was exported under its own brand name, instead of those by importers in the previous shipments, according to Loc Troi.

Loc Troi Group CEO Nguyen Duy Thuan said the consignments, which mostly consist of fragrant rice, have left Vietnam and will arrived in Germany, the Netherlands and France in July.

The grain will be available at France-based Carrefour, the Europe’s largest retailer and wholesaler, he said.

The shipment, though not large, marks the start of the group’s journey to conquer the global market, he added.

The group has been collaborating with a network of numerous cooperatives and more than 200,000 farmer households. 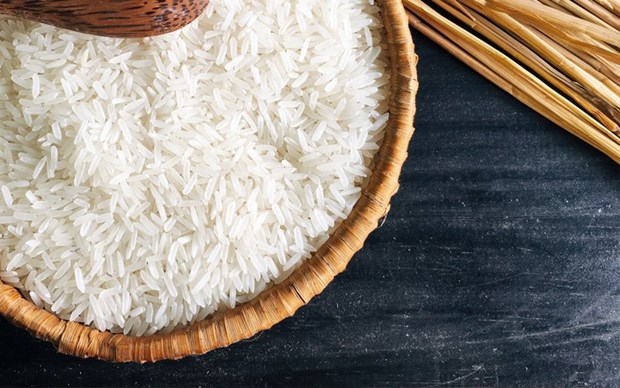 Since the EU -Vietnam Free Trade Agreement ( EVFTA ) took effect, the group has exported around 30,000 tonnes of rice to the EU.

It was the first time the rice was exported under its own brand name, instead of those by importers in the previous shipments, according to Loc Troi.

Loc Troi Group CEO Nguyen Duy Thuan said the consignments, which mostly consist of fragrant rice, have left Vietnam and will arrived in Germany, the Netherlands and France in July.

The grain will be available at France-based Carrefour, the Europe’s largest retailer and wholesaler, he said.

The shipment, though not large, marks the start of the group’s journey to conquer the global market, he added.

The group has been collaborating with a network of numerous cooperatives and more than 200,000 farmer households./.

The European Commission Vice-President said on Thursday that Poland’s new law dismantling the Disciplinary Chamber of the Supreme Court does not yet fulfil the conditions for the Commission to disburse the Recovery Fund.

Speaking in the European Parliament, Ms Jourova said the bill proposed by Polish President Andrzej Duda does not fulfil the milestones needed by the Commission to send the funds.

She added: “Poland will have to reflect on the conditions, and if they do not have a sufficient response in the legally binding rules for the Polish judiciary, which will correspond with the milestones, we will not pay the money.”

Shaming the Commission for making a “deal” with Warsaw, MEP Daniel Freund said: “Von der Leyen made a bad deal with the Polish government.

“And her Commissioners know it.

“This will damage her reputation and her authority within the EU-Commission.”

Responding to Ms Jourova’s comments, Polish Prime Minister Mateusz Morawiecki recognised his government has certain conditions to fulfil but added “some would be fulfilled in full measure, others partially”.

He continued: “Nonetheless, I hope for the best. I believe that the first payment from the RRF will be launched between 2022 and 2023, (and we will be able) to spend them for concrete projects.”

The row came after the European Court of Justice (ECJ) condemned Warsaw in October for failing to comply with a ruling declaring the new disciplinary chamber for judges “incompatible” with EU law.

The case had been brought by the European Commission.

The Court ruled in favour of the Commission, stating that the reorganisation of the judiciary could be “used to exercise political control over judicial decisions or to put pressure on judges with a view to influencing their decisions.

Mateusz Morawiecki, the Polish prime minister of the ruling PiS (Law and Justice) party, said in August that his government was ready to dissolve the controversial institution, without actually doing so.

He accused the EU of “creeping in” on Polish affairs and lamented in an interview with the Financial Times that the EU was putting “a gun to his head”.

Morawiecki says not all criteria will be fulfilled (Image: GETTY)

The Commission says the disciplinary system allows for political meddling in the courts and hence violates the laws in the 27-nation EU, as well as in Poland, that establish judicial independence.

Poland’s dispute with the EU is already costing the country money.

More funds from the EU’s 1.1 trillion euro shared budget until 2027 are at stake as the bloc gets tougher in denying money to countries that might channel the cash to support policies that undermine liberal democratic principles.

Warsaw says the judicial overhaul was needed to make courts more efficient and rid them of communist influence.

The nationalist PiS party also says it will not bow to what it calls EU blackmail.

EV battery output bigger challenge than EU combustion engine ban, says Volkswagen
MUNICH: The EU deal to phase out combustion engine cars in just over 12 years is challenging, but a more daunting obstacle will be making enough batteries to power the electric cars needed as a result, a senior
The comment was made after European Union countries clinched deals on proposed laws to combat climate change early on Wednesday, including one requiring new cars sold in the bloc to emit zero CO2 from 2035.
That would make it impossible to sell internal-combustion engine cars.
The European Commission had first proposed the package last summer, aimed at slashing planet-warming emissions this decade, but the deal overnight makes it likely that the proposal will become EU law.
“It’s a challenging goal. We think it’s doable,” VW Chief Financial Officer Arno Antlitz told Reuters in an interview at the Reuters Automotive Europe conference on Wednesday.
“The most challenging topic is not ramping up the car plants. The most challenging topic will be ramping up the battery supply chain.”
VW has said it will stop selling combustion engine cars in the region by the target date, but some carmakers further behind in the race to develop electric vehicles (EVs), such as Toyota, may struggle to meet it. The Japanese carmaker declined to comment on Wednesday.
FOCUS ON BATTERY SUPPLIES
Major carmakers have been racing to secure battery cell supplies, but finding enough battery raw materials may be a bigger problem.
Failure to obtain adequate supplies of lithium, nickel, manganese or cobalt could slow the shift to EVs, make those vehicles more expensive and threaten carmakers’ profit margins.
Stellantis Chief Executive Officer Carlos Tavares said last month he expects a shortage of EV batteries will hit the auto industry in 2024-2025 as manufacturers try to ramp up EV sales while still building new battery factories.
On Wednesday, Tavares said the EU decision “is not a surprise for us… so for us it is not a good news, neither a bad news, it is exactly the assumption we have in our plan.” That plan calls for Stellantis to sell only EVs in Europe by 2030.
Tavares was in Tremery, France to announce plans to accelerate production of electric motors at a factory that has for years been the largest diesel engine production operation in the world.
The agreement in Luxembourg was reached after more than 16 hours of negotiations, with Italy, Slovakia and other states wanting the phase-out delayed to 2040.
Countries eventually backed a compromise which kept the 2035 target and asked Brussels to assess in 2026 whether hybrid vehicles could comply with the goal.
The 2035 proposal is designed so that, in theory, any type of car technology such as hybrids or cars running on sustainable fuels could comply with it, as long as it means the car has no carbon dioxide emissions.
The Commission’s 2026 review would assess what technological advances have been made in hybrid cars to see if they can comply with the 2035 goal.
FOLLOW US ON SOCIAL MEDIA
Facebook Twitter Instagram KOO APP YOUTUBE

The bloc had issued an ultimatum to British scientists who were awarded grants as part of Horizon Europe, an £80billion research programme that grants scientists access to EU funds and collaboration with European researchers. Initially, the UK had negotiated its entry into the programme as part of a post- Brexit deal, promising to add £15billion to the massive pool.

However, as a result of disputes over the Brexit deal and Northern Ireland, the EU has held the fund, and the UK universities hostage, blocking them from accessing this fund.

Since then, the European Research Council (ERC), which is the bloc’s main research funding agency, issued an ultimatum to the successful UK-based applicants- move to the EU, or a Horizon-associated country, by June 29 or else be replaced by other applicants.

Now that the deadline has passed, the researchers had decided to stay in the UK and have had their grant offers terminated.

Speaking to Express.co.uk , a spokesperson for the ERC said: “The preparation of 115 ERC grants offered to UK-based researchers will be terminated now that the June 29 deadline has passed.

The UK negotiated its entry into Horizon as part of the post Brexit deal (Image: Chris J. Ratcliffe/Bloomberg via Getty Images)

“The grants of 19 UK-based researchers will be moved to a host institution in the EU or Associated Countries following the researchers’ decisions to exercise their right to portability.

They previously noted that if the UK scientists do not move over to the EU the “grants are not terminated per see”.

They explained: “What could be terminated is the preparations for grant agreements, not grants as these are not yet ongoing projects.”

This comes as Stick to Science, a campaign initiative set up by over 5,6000 European researchers, wrote a furious letter to Ms von der Leyen, demanding she put an end to the delay in UK and Switzerland’s participation in the project.

Galileo was another project that the UK was blocked out of (Image: Express)

The group argued that the delay is causing significant harm and uncertainty to the research communities of both nations.

The campaigners’ letter reads: “As we face the very real and pressing risk that Horizon Europe could continue without two of its most committed partners, we emphasise that research collaboration benefits us all.

“And, of course, our collective futures will be poorer with less collaboration on science.”

It adds: “The European research sector stands united in its agreement that researchers in the UK and Switzerland still have much to offer science in Europe. We must allow them to continue to contribute.”

In an exclusive interview with Express.co.uk , Science Minister George Freeman warned the EU that its bullying tactics will result in a “lose-lose”.

He also warned that if the EU continue to withhold access to Horizon, the UK will be forced to launch a “Plan B”, which will the £15billion funds within the UK.