Singapore may be universally known as one of the cleanest cities in the world but we often pay little heed to the ones who have helped us earn this reputation.

An Instagram post by migrant worker rights group Humanitarian Organization for Migration Economics (Home) on Wednesday (Aug 10) has shed light on some of the not-so-pleasant work conditions they have to work under.

The post showed several snapshots of what looks like a sewer pipe and more poignantly, the post also included a picture of a migrant worker squeezing himself into the pipe, and another image where he was covered in dirt.

In the Home post, it was written that these pictures were shared by a migrant worker who had to work in a sewer pipe that was “choked by rubbish”.

“He and his colleagues had to crawl into the pipe to manually clear the blockage without adequate training or mechanical equipment,” the post wrote.

“Workers must not be assigned work that they are ill-equipped for, especially in hazardous environments like confined spaces. Such practices will risk workplace injuries, occupational diseases and fatalities. All workers deserve a safe and healthy working environment.”

When AsiaOne reached out to Home, the organisation declined to provide more details about the incident including the location, and said that they would like to protect the identity of the workers involved.

Home is a Singapore-based charity founded in 2004 by the late Bridget Tan, and is dedicated to empowering and supporting migrant workers who experience abuse and exploitation.

Home’s post received several comments from netizens who were appalled at the conditions the workers had to endure.

“They don’t deserve this,” said one netizen.

There were other netizens who suggested that the public could perhaps reduce the occurrence of such instances by “not littering, no[t] dumping and reducing waste”.

However, one netizen pointed out that perhaps getting migrant workers to manually clear sewer pipes was “cheaper”, remarking that the authorities should “use technology” or “redesign [the] system” if this was to be prevented.

AsiaOne has also reached out to the Public Utilities Board (PUB) for comment.

According to the Tripartite Alliance for Workplace Safety and Health, some of the hazards associated with confined spaces include suffocation (due to oxygen deficiency), fire and explosion (by flammable gases and vapours) and poisoning (by toxic gases, vapours or fumes).

ALSO READ: I lived, ate and worked with migrant workers for 24 hours – here’s how it was like KUALA LUMPUR (Aug 12): Malaysia’s current account balance recorded a surplus of RM4.4 billion in the second quarter of 2022 (2Q22), versus RM3 billion in the previous quarter, primarily driven by the net exports of goods account, the Department of Statistics Malaysia (DOSM) said.

It said the higher surplus was supported by lower deficits in the services and primary income accounts.

“Meanwhile, the financial account posted a net inflow of RM0.2 billion, compared with RM30.4 billion in the preceding quarter, mainly owing to a net inflow in direct investment and other investments.

Exports of goods increased by 10% quarter-on-quarter to RM295.8 billion, from RM268.9 billion in the previous quarter, with the major exports being electrical and electronics products, petroleum and palm oil, notably to Singapore, China and the US.

The primary income account also recorded a lower deficit of RM14.7 billion in 2Q22, versus RM20.1 billion in the previous quarter, mainly attributed to higher receipts of RM25.3 billion, an increase of 64.6% from the preceding quarter primarily in direct investment.

The capital account registered a deficit of RM90.5 million, against RM86.3 million in the previous quarter, owing to a net outflow of acquisitions and disposals of non-produced non-financial assets at RM32.4 million (1Q22: a net outflow of RM11.3 million).

BEIRUT, Lebanon (AP) — With 100 days to go until the World Cup starts in Qatar, Human Rights Watch on Friday again urged FIFA and the host nation to improve compensation for migrant workers and their families.

The rights group called for a “comprehensive remedy program for workers who suffered serious harms, including deaths, injuries, and wage theft” while working on World Cup-related projects like stadiums, transport and hotels.

Qatar has spent tens of billions of dollars on infrastructure since being picked by FIFA as host in 2010, and faced intense scrutiny of its labor laws and treatment of hundreds of thousands of workers, many from south Asia, who were needed to come to the tiny emirate and build the projects.

“Qatar has compensated some migrant workers who have faced serious abuses in recent years, but for many, these programs were created too late and are still a major work in progress,” said Michael Page, HRW’s deputy director for the Middle East.

Since 2010, the agency claimed, the level of “uncompensated human rights abuses … is significant.”

In Qatar, a Workers’ Support Fund has since 2020 paid out $164 million in compensation to 36,373 workers from 17 different countries, HRW said citing data from Qatar’s Ministry of Labor.

The organization did not specify a figure for how much compensation is still needed, though Amnesty International has suggested FIFA should pay $440 million in reparations to workers — matching the sum soccer’s world body will pay in prize money to the 32 national federations whose teams are playing in Qatar.

FIFA and tournament organizers have long cited the World Cup as a catalyst to modernize laws and society in Qatar.

Responding to Amnesty in May, Qatari organizers pointed to “significant improvements … across accommodation standards, health and safety regulations, grievance mechanisms, healthcare provision, and reimbursements of illegal recruitment fees to workers.”

Staff at the occupied Zaporizhzhia nuclear power plant have described to the BBC being kept at gunpoint while Russian troops use it as a military base.

Invading forces have occupied the site, the biggest nuclear plant in Europe, since early March. However, it’s still operated by Ukrainian technicians.

Moscow has recently been accused of using the plant “as a shield” while its troops launch rockets from there towards nearby locations.

And on Thursday, more shelling was reported – and the head of the UN issued a new warning about fighting near the nuclear site “leading to disaster”.

Now two workers have told the BBC about the daily threat of kidnap, as well as their fears of either “radioactive contamination of the wider region” or a nuclear catastrophe.

In the southern city of Nikopol is one of the most dangerous vantage points in Ukraine.

On the banks of the Dnipro River, it’s possible to see the Zaporizhzhia nuclear power plant 10 miles across the water.

It’s a place which has seen heavy shelling over the past couple of weeks, with up to 120 rockets being reported in a single night.

They come from the direction of Enerhodar, the city where the plant is situated.

In turn, Enerhodar – and the power station – have also come under heavy fire.

The UN’s nuclear watchdog claims there’s a “real risk of nuclear disaster” unless the fighting stops and inspectors are allowed access.

Ukraine and Russia blame each other. The picture is murky, but the risks are crystal clear.

“My working day is a constant stress,” says Svitlana, who’s contacting us over text.

She and fellow worker Mykola can only use Russian Sim cards now and signal is very limited. We’re not using their real names for their safety.

“I can’t work like I used to,” says Svitlana. “The last week I haven’t even been able to come to my workplace – it’s dangerous.

“On Saturday, there was shelling of the nitrogen-oxygen station, which caused a fire. By some miracle, the people working there survived.”

Another Enerhodar resident tells us that shop and pharmacy prices are now four times higher than in territory that Ukraine still controls, as well as there being a shortage of doctors. Most ATMs are closed, too.

Svitlana has worked at the plant for many years, and says shells have been landing close to it every day.

“The psychological situation is difficult,” she adds. “Soldiers are walking everywhere with weapons and everyone is actually kept at gunpoint.”

Russia is accused of basing about 500 soldiers there. Recent footage has showed military vehicles being driven inside, and Svitlana is in no doubt it’s being used as a base.

“Every day they drive back and forth in their military vehicles,” she says.

“They positioned their military equipment right at the station buildings, to make it impossible for Ukrainian armed forces to strike.”

A text comes in from Mykola: “The staff are now hostages of the Russians,” it reads.

“They turned off the internet, left only landline phones, and food is available only in one single dining room. They turned the others into their bases.”

Ukraine is concerned Russia has started shelling the area it occupies to try to create a false narrative, such as: “Ukraine is attacking you – so better vote to join Russia so we can take root and protect you.”

Moscow-installed politicians for the Zaporizhzhia region have just signed an order for a referendum to be held soon. Russia has staged sham votes in the past, such as with Crimea, which it annexed in 2014.

Mykola continues: “Access to all roofs is prohibited, they made their observation points there. The training building also became their barracks.

“Now, more and more often, staff are kidnapped just when leaving the shift at the security gate.”

It’s not known why the kidnapping takes place – but residents paint a picture of intimidation as Russians look to lay down down law.

Svitlana and Mykola also describe rubbish being left everywhere by the Russians – but they say staff are still able to monitor the reactor properly.

Zaporizhzhia: How the crisis unfolded

Hryhoriy Plachkov, former head of the State Nuclear Regulatory Inspectorate of Ukraine, tells us the risks are “great” as long as the Russians controls the Zaporizhzhia power plant.

He admits it would take “two to three” months for the Russians to re-direct power back to their own grid, if that was their goal.

Enerhodar is part of a southern front line which has seen more intense fighting in recent weeks.

There is, however, still very little movement – suggesting Europe’s biggest nuclear power station will continue to slip from Ukraine’s control.

More on this story 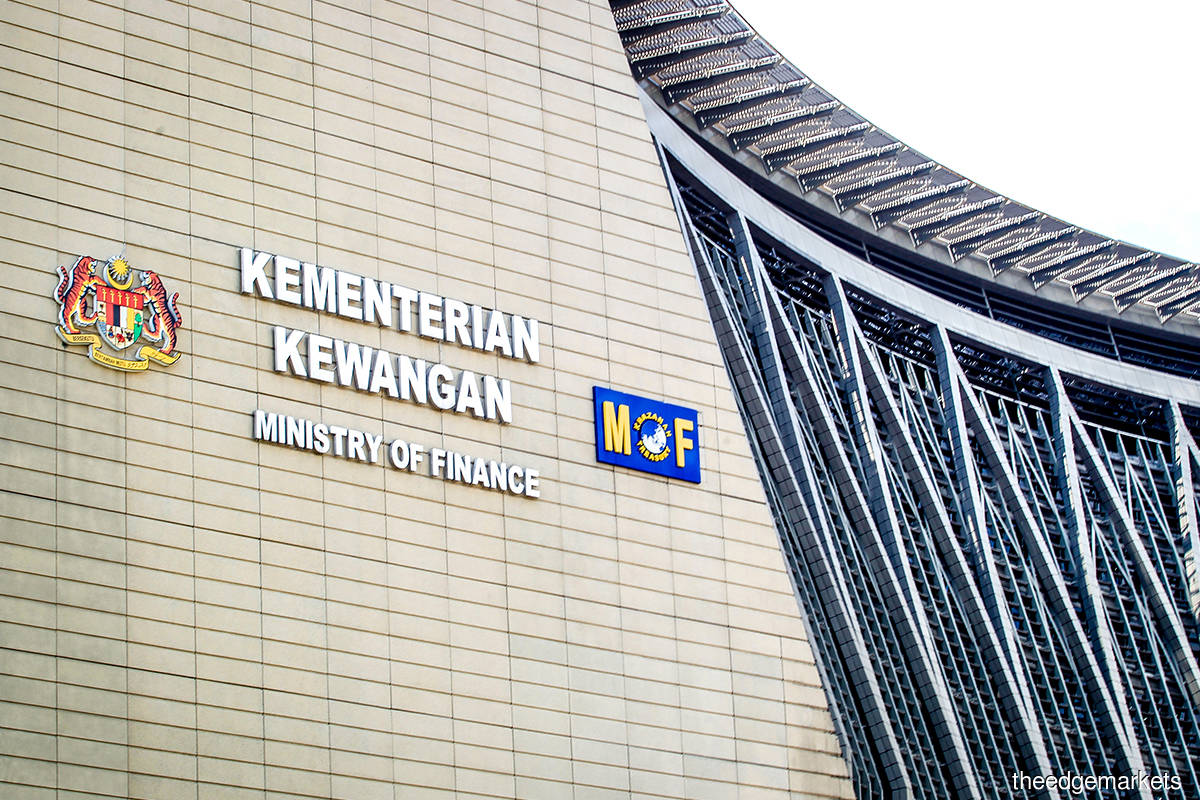 KUALA LUMPUR (Aug 12): The government remains cautious on the economic outlook for the second half of this year (2H22) even after the country recorded stronger-than-expected gross domestic product (GDP) growth in the second quarter of 2022 (2Q22).

“Furthermore, higher inflationary pressures due to expected increases in commodity and food prices, as well as ongoing global supply chain disruptions, are factors that may impact global growth,” he said in a statement after the release of 2Q GDP data by Bank Negara Malaysia on Friday (Aug 12).

“Following the serious challenges of geopolitical uncertainty and climate change, initiatives related to sustainability will also be considered more broadly,” he said.

Nonetheless, with the country’s transition to the endemic phase and the opening of international borders, Tengku Zafrul said Malaysia’s economic growth is expected to be supported by more vigorous economic and social activities, as well as strong domestic and foreign demand.

“Economic growth momentum is expected to remain strong in 3Q22, driven by encouraging performance in foreign trade and tourism,” he said.

Earlier on Friday, Bank Negara announced that GDP grew 8.9% in 2Q22, but maintained its projection for 5.3% to 6.3% growth this year even with potentially stronger performance in 3Q.

“For 3Q, we expect that growth would be much higher because of the base effect,” said the central bank’s governor Tan Sri Nor Shamsiah Mohd Yunus.