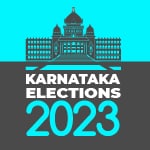 Leaders of the Bharatiya Janata Party are looking at Prime Minister Narendra Modi’s inauguration of a helicopter factory of Hindustan Aeronautics Limited (HAL) in Karnataka’s Tumakuru as an opportunity to breach the Vokkaliga stronghold.

According to Karnataka chief minister Basavaraj Bommai, there will be employment opportunities in the region because of the factory.

“There will be around 10,000 jobs created because of this factory in the region,” said Bommai when asked about it.

The BJP believes that development overshadows every other issue and that is why the dedication of such projects focuses on the politics of development.

“We will speak the language of development and this project will contribute to the development of the Old Mysore region,” said CT Ravi, national general secretary, BJP.

Party leaders believe that the JD(S) bastion of Old Mysore has witnessed some cracks and it the BJP may have an opening. Former chief minister BS Yediyurappa too expressed confidence in the party winning the state.

The government statement on the PM’s dedication of the helicopter factory of Hindustan Aeronautics Limited (HAL) in Tumakuru, Karnataka, on Monday stated that it is a step towards Atmanirbhar Bharat in defence.

The Old Mysore region consists of districts like Kodagu, Kolar, Chamarajnagar, Mandya, Mysuru, Hassan, Chikkaballapura, and Chikkamagaluru. These together consist of more than 60 assembly seats out of the 224 in the state.

“The Greenfield Helicopter Factory, spread across 615 acres of land, is planned with a vision to become a one-stop solution for all helicopter requirements of the country. It is India’s largest helicopter manufacturing facility and will initially produce Light Utility Helicopters (LUHs),” a government statement said.

In a veiled attack at Congress, Prime Minister Narendra Modi on Monday said some people levelled various false allegations against the BJP government at the Centre using Hindustan Aeronautics Limited (HAL) but now the truth is revealing itself today. His remarks came after he inaugurated a helicopter factory of Hindustan Aeronautics Limited (HAL) in poll-bound Karnataka’s Tumakuru.

“This is the HAL which has been used as an excuse to level various false allegations against our government. This is the HAL in whose name conspiracies were hatched to provoke people, people were instigated. But no matter how big the lie is, it definitely loses one day in front of the truth. Today this helicopter factory of HAL, the growing power of HAL, is exposing many old lies and false accusers. Truth is revealing itself today. Today HAL is strengthening India’s self-reliance in the defence sector,” he said.

Congress had attacked the NDA government at the Centre in the past, alleging the state-owned Hindustan Aeronautics Ltd was kept out of the Rafale deal.

The Prime Minister said the investments made in the aerospace sector in the last eight years are five times of what was made before 2014. He said the double-engine government is focusing equally on the physical as well as social infrastructure. In the last three and a half years, the coverage of tap water in the country has increased from 3 crore to 11 crore rural families, he said.

PM Modi said the world is recognizing the manufacturing strength of Karnataka and the double-engine government has ensured the state to become the first choice for investors.

“This is a very special day for Tumakuru as it has got a very big helicopter factory and the foundation for an industrial town has also been laid. Also, the work to provide drinking water to hundreds of villages in the Tumakuru district has been initiated,” he said.

“Tumakuru railway station, Mangaluru port, and gas connectivity are being provided to the Tumakuru Industrial corridor and it will lead to the generation of employment and promote entrepreneurship,” he added.

The Prime Minister underlined that Made in India arms are not just supplied to the armed forces but the defence exports have also grown manifold when compared to the years before 2014. He emphasised that hundreds of helicopters are going to be manufactured in this facility itself in the near future which will give rise to businesses worth Rs four lakh crore. “When such manufacturing units are set up, it does not just strengthen the Armed Forces but also creates employment and self-employment opportunities,” PM Modi remarked as he underlined that small businesses near the helicopter manufacturing facility in Tumkuru will get empowered.

The Prime Minister said the budget 2023 has laid the foundation for Samarth Bharat, Sampann Bharat, Shaktimaan Bharat, and Gatiman Bharat. “This year’s budget will play an important role in order to realize the dream of a developed India. People living in villages, youth, women, Dalits as well as tribal, this budget is for everyone,” he said.

With Assembly Elections in Karnataka just a few months away, the state Congress on Tuesday announced that they will begin a bus yatra — Prajadhwani Yatra — on Wednesday from Belagavi. The yatra will cover all 224 constituencies in the State, said Congress leader and former CM Siddaramaiah.

Meanwhile, they have also released a charge against BJP in the state. “They (BJP) formed the government through unethical means. So, we are going to take out a bus yatra which will cover all districts starting from Belagavi,” said Siddaramaiah as quoted by news agency ANI.

While giving details of the yatra, the Congress leader said, “Two groups will be formed for the Congress bus yatra – one group to be headed by me and another by DK Shivakumar. Before the Assembly elections, we will cover all 224 constituencies in the State.”

We have released a chargesheet against BJP. They formed the government through unethical means. So, we are going to take out a bus yatra which will cover all districts starting from Belagavi: Congress leader Siddaramaiah

Failed policies of the double-engine BJP government have resulted in the drastic increase in the prices of essential commodities hurting the poor and middle-class people, said a Congress release. It has also caused great distress to the farmers in Karnataka, leading to the state becoming infamous for the second-highest number of farmer suicides in the country, the release pointed out.

The BJP government’s focus on 40 per cent commission has resulted in the death of more than 3.5 lakh Kannadigas during the pandemic and pushed innocent contractors to commit suicide.

With Chief Minister Basavaraj Bommai acting as a puppet in the hands of BJP’s High Command, Congress will not let BJP run riot and destroy the lives of the people of Karnataka, read the release.

“As representatives of the people of Karnataka, witnessed your suffering and we’ll hold the BJP accountable for their crimes. The Karnataka Pradesh Congress Committee is releasing BJP’s ‘Paapada Purana’ (An account of sins) to expose the failures of the BJP government, outlining their record of corruption, policy paralysis, and unfulfilled promises,” said Congress in a release.

The Congress has assured to reach out to every Kannadiga through the ‘Prajadhwani yatra’. The congress released the logo of the yatra, “We take this opportunity to release the logo of our campaign which will be the symbol of hope and a prosperous future for Karnataka.”

Elections in Karnataka are likely to be held in April-May.

Don’t miss out on ET Prime stories! Get your daily dose of business updates on WhatsApp. click here!

Addressing a public rally in Tumakuru district, he said this name has been picked up from Karnataka where the millets are called ‘Siri Dhaanya’, which is a colloquial way of saying ‘Sri Dhaanya’.

“People in Karnataka understand the importance of ‘thick food grains’ (millets). That’s the reason that you all call it ‘Siri Dhaanya’. The country is taking forward millets by respecting the sentiment of the people of Karnataka,” the Prime Minister said.

“Now, the millets will be known as ‘Sri Anna’ across the country. ‘Sri Anna’ means the best among all the food grains,” Modi added as he sought to connect with people in poll-bound Karnataka, where assembly elections are due by May.

This is the Prime Minister’s third visit to the state in less than a month. He is scheduled to inaugurate the Aero India show here on February 13 and unveil the airport in the district headquarters town of Shivamogga on February 27.

The Prime Minister received a cheerful response from the audience as he mentioned the popular food made of Raagi.

“Who can forget the taste of ‘Raagi Mudde’ (Raagi balls) and Raagi Roti? This year’s budget lays great emphasis on the production of ‘Sri Anna’, which will greatly help marginal farmers of the drought-prone regions of Karnataka,” Modi said.

According to agricultural experts, millets are called ‘Sri Dhaanya’ in Karnataka because they are not only tasty and rich in nutrition but also carry a lot of medicinal value.