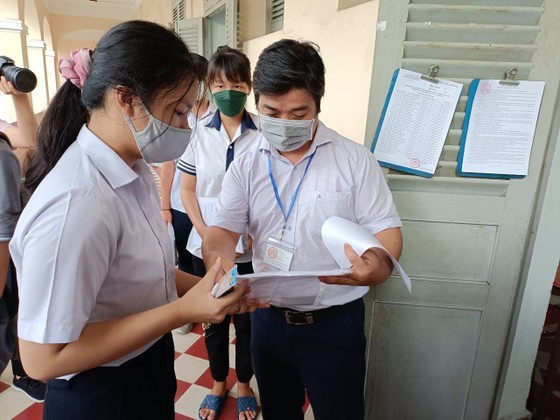 A 17-year-old girl studying Class XII in a residential school near Ponneri died under mysterious circumstances on Sunday.

The victim was identified as Harnika, 17, a native of Tiruvarur district who was studying at the school near Ponneri. The girl was taken to an inhouse hospital after she suffered food poisoning on June 25. When she seemed to have recovered after being given first aid, she was sent back to her hostel room. The parents of the girl were informed by hostel staff that their daughter was sick but there was nothing to worry about.

However, she vomited blood in the early hours of Sunday and was not given medical attention immediately, the family sources alleged. The hostel staff rushed her to a private hospital where she was declared dead.

Kavaraipettai police registered a case and further investigation is on to ascertain the cause of death. Her body was taken to Government Stanley Hospital for post-mortem.

A high school in Washington wrongly punished a football coach after he prayed on the field, the Supreme Court ruled Monday, potentially paving the way for fewer restrictions on how public school employees can express their religion while on the job despite Constitutional restrictions on religion in schools.

The court sided 6-3 with Joseph Kennedy, a former high school football coach in Washington who was punished after praying on the football field during games, which the school said violated the separation of church and state.

Kennedy argued that the school district unlawfully violated his First Amendment rights to free exercise and free speech, which the Supreme Court agreed with.

In a ruling that split along ideological lines, the justices ruled that Kennedy was not “acting within the scope of his duties as a coach” because he was praying after the game ended and wasn’t doing any of his job duties, and thus his prayers were First Amendment-protected speech.

The school district argued that any religious speech by school officials could be “impermissibly coercive on students”—and student athletes said they felt pressured to join in the prayers—but the justices ruled that requiring school officials to have no religious expression whatsoever “would undermine a long constitutional tradition in which learning how to tolerate diverse expressive activities has always been ‘part of learning how to live in a pluralistic society.’”

Though the school argued the prayers violated the Constitution’s Establishment Clause , which has repeatedly been used in court to prohibit prayer in public schools, Justice Neil Gorsuch wrote for the court that Kennedy’s actions “did not come close to crossing any line one might imagine separating protected private expression from impermissible government coercion.”

In its ruling, the court also “abandoned” its precedent in Lemon v. Kurtzman , which set a higher standard for when schools can involve religion without violating the Establishment Clause, and the court’s liberal justices argued the majority’s opinion “rejects longstanding concerns surrounding government endorsement of religion.”

“Respect for religious expressions is indispensable to life in a free and diverse Republic—whether those expressions take place in a sanctuary or on a field,” Gorsuch wrote for the court’s majority. “Here, a government entity sought to punish an individual for engaging in a brief, quiet, personal religious observance doubly protected by the Free Exercise and Free Speech Clauses of the First Amendment. … The Constitution neither mandates nor tolerates that kind of discrimination.”

“Official-led prayer strikes at the core of our constitutional protections for the religious liberty of students and their parents,” Justice Sonia Sotomayor wrote in her dissent, joined by Justices Stephen Breyer and Elena Kagan. “This decision does a disservice to schools and the young citizens they serve, as well as to our Nation’s longstanding commitment to the separation of church and state.”

The Bremerton School District put Kennedy on paid administrative leave in 2015 after it first became aware of his praying from another school’s coach, and declined to renew Kennedy’s contract after he refused the school’s requests to find a more private way to pray. Kennedy has described his practice as saying a “brief, quiet prayer to himself,” but the school alleges the prayer was much more public—taking place on the 50-yard line and with others joining in—and students alleged they felt pressured to take part in order to get on the coach’s “good side.” Gorsuch dismissed those concerns in the court’s opinion as “hearsay,” while the liberal justices argued the majority erred by “ignoring” the fact Kennedy asked others to joined him and caused a “severe disruption to school events.” Lower federal district and appeals courts had both ruled in the school’s favor, and the Supreme Court took up the case this term after previously rejecting it in 2019 at an earlier stage in the litigation.

The court’s ruling Monday came after the 6-3 conservative court has repeatedly ruled in favor of greater religious liberty, including a ruling last term that allowed Catholic adoption agencies to discriminate against same-sex foster parents and a decision this term allowing a death row inmate to receive prayer from a pastor as he was put to death. The court ruled last week against a school tuition program in Maine that barred public funds from being used on religious schools, ruling the program must apply to non-secular schools and the prohibition on religious schools violated the “free exercise” clause .

The Government schools of Tamil Nadu are facing a major infrastructure and teacher shortage following huge enrolment of students after Covid-19 pandemic.

Government schools of the state that were staring at an imminent closure due to student shortage were in for a pleasant surprise after the pandemic as students shifted from private schools to government.

Sources in the Tamil Nadu school education department told IANS that the number of students have increased by 6 lakh in government schools for students of Classes 2 to 12.

While parents are happy that they don’t have to run around for the hefty fee that the private schools were squeezing from them, the high enrolment in government schools has taken its toll on the infrastructure as well as the teachers’ strength.

R.K. Ravishankar, a small-time businessman at Chennai told IANS, “My son is studying in Class 6 and I shifted him from a private happening school where I had to shell out huge fee. While there is no fee now, I am worried as to whether the education being given to him is at par with what he was receiving at the private school. Government is government and we don’t know how far the teachers are motivated to give their best.”

With the enrolments increasing, each school has more than 300 to 400 students leading to an increase of around 30 per cent students in each class.

With the increase in the number of students, teachers find it difficult to teach more than 60 students in a class which earlier had only 40.

In a government school in Tamil Nadu, students were taught under a tree due to lack of space in the classes.

M. Muthupillai, President, TN High School and Higher Secondary School Headmaster/ Headmistress association while speaking to IANS said, “You know, only 60 per cent of government schools in Tamil Nadu have proper infrastructure. Moreover, teachers are overloaded and all administrative work is being done by the teachers.”

He also said that each school should have a non-teaching staff for conducting clerical work.

Teachers’ union leaders also suggested that the government must improve the teacher, student ratio from the present 30:1 at the primary level to 18:1.

There is, however, a major gap between the teaching of private schools and government schools.

Private school managements are unfazed at the huge enrollment from private schools into government schools.

A private school owner at Madurai told IANS that the parents had to shift their children to government schools as they did not have any option.

However, several parents are now contemplating to bring their children back to private schools. The reason is mainly the lack of infrastructure as well as shortage of staff.

The Tamil School Education Department has received Rs 100 crore in the state budget for improving hygiene in government schools. 7000 crore is allocated to develop the school infrastructure under the Perasiriyar Anbhazhagan School development scheme.

As many as 130 students studying at a state-run minority residential girls’ high school in Telangana’s Siddipet town went into panic after most of them took ill Monday evening. The authorities suspect food poisoning as a possible cause of their illness and said only 32 students required treatment and all of them are stable now and under observation.

The students of the minority residential school located at the Mustabad crossroad had taken chicken and brinjal curry for lunch as well as dinner on Sunday. Monday morning, most of them complained of abdominal pains while a few suffered from diarrhoea and vomited. Doctors from the health department in Siddipet were consulted and the students were given treatment at the school itself. By evening, 20 students were shifted to the hospital while 12 others were put under treatment at the hostel.

District Medical and Health Officer (DMHO) Dr J Kashinath said the students were admitted to the general ward around 8.30 pm. “Since Tuesday morning, there have been no episodes of loose motion or vomiting. We will keep them under observation for another 24 hours and discharge them tomorrow (Wednesday). Of the 12 students who were given oral medication at the hostel, seven have recovered and five others are being observed,” he told indianexpress.com

When contacted, school principal A Srilatha said all the 332 students residing at the hostel had eaten the same food and an inquiry is in progress to find out the cause of the incident. “Over 100 students complained of abdominal pains while a few had loose motions and vomited. They were treated at the hostel itself with the support of doctors from the health department and by evening, almost everyone recovered,” the principal said.

Stating that there is no reason to panic, she said only five students still have mild abdominal pains. “Some students were hospitalised only because we did not want to take any chances. They are on simple medication. We suspect there might have been some problem in the food but we are still trying to find out the exact cause,” the principal said, adding it was the first time such an incident had happened in the school.

Meanwhile, Finance Minister T Harish Rao, who represents Siddipet, has directed the officials to extend the best treatment to the students and has asked for a report from the school.