SAN DIEGO (AP) — A $325 million superyacht seized by the United States from a sanctioned Russian oligarch arrived in San Diego Bay on Monday.

The 348-foot-long (106-meter-long) Amadea flew an American flag as it sailed past the retired aircraft carrier USS Midway and under the Coronado Bridge.

“After a transpacific journey of over 5,000 miles (8,047 kilometers), the Amadea has safely docked in a port within the United States, and will remain in the custody of the U.S. government, pending its anticipated forfeiture and sale,” the Department of Justice said in a statement.

The FBI linked the Amadea to the Russian oligarch Suleiman Kerimov, and the vessel became a target of Task Force KleptoCapture, launched in March to seize the assets of Russian oligarchs to put pressure on Russia to end the war in Ukraine.

The U.S. won a legal battle in Fiji to take the Cayman Islands-flagged superyacht earlier this month. The Amadea made a stop in Honolulu Harbor en route to the U.S. mainland.

“The successful seizure and transport of Amadea would not have been possible without extraordinary cooperation from our foreign partners in the global effort to enforce U.S. sanctions imposed in response to Russia’s unprovoked and unjustified war in Ukraine,” the Justice Department said.

Despite videos showing Manhattan revelers storming away from the sound of what they thought was a shooting, NYPD Chief of Patrol Jeffrey Maddrey confirmed that there had been no shots fired in Washington Square Park, the green epicenter of the Pride celebrations. NYPD said a further investigation determined fireworks were set off at the 9.75-acre public park in Greenwich Village.

Days earlier, tens of thousands of protesters assembled at the park for a pro-abortion protest after the Supreme Court overturned Roe v. Wade. The crowd marched up 6th Avenue, and about two dozen protesters were arrested for blocking traffic near 42nd St., the New York Post reported. On Sunday, Planned Parenthood was the first contingent of the New York City Pride Parade .

In San Francisco, police officers assigned to the Civic Center area for the San Francisco Pride Festival responded at approximately 5:25 p.m. to a report of a shooting near 7th and Market Streets.

However, upon arrival, officers were unable to locate any victims or witnesses, and the police department said it was not immediately apparent if there was any merit to the shooting in the area. The department said officers remained on the scene to ensure the safety and security of Pride events. 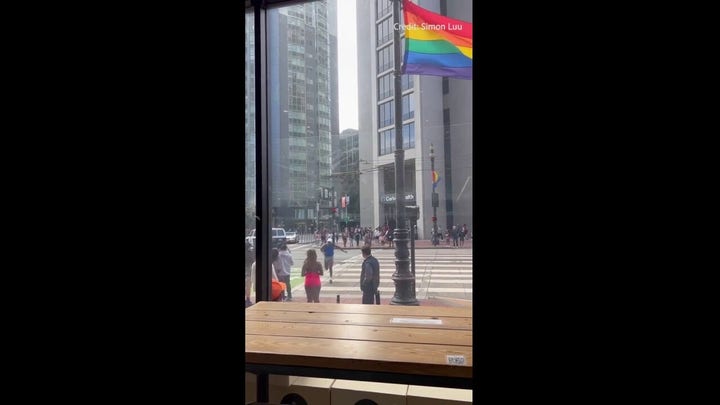 The panic came on the heels of high-profile mass shootings in Uvalde, Texas, and Buffalo, New York.

This year was the first time pride parades in New York City and San Francisco made a full comeback since they were canceled in 2020 due to the coronavirus pandemic .

Social media users at both events described chaotic scenes as the crowds began to stampede and people reportedly started running and screaming of shots fired.

Some users noted the recent shooting at a gay bar in Oslo, Norway. The Associated Press reported that the shooting killed two people and injured more than a dozen in a case of possible terrorism.

Last month, police in Idaho arrested more than 30 alleged members of the group called Patriot Front found packed into the back of a U-Haul near an LGBTQ event.

Danielle Wallace is a reporter for Fox News Digital covering politics, crime, police and more. Story tips can be sent to [email protected] and on Twitter: @danimwallace.

Hyderabad: When Rakesh Kumar returned to his hostel on Thursday, he was taken aback to see a notice on the gate of his building.

“The hostel management requests its residents to vacate the premises within 24 hours,” it read, citing orders from municipal authorities.

Rakesh is not alone in his dilemma. Several other private hostels in the city, which host working employees and students, have been putting up notices, asking people to leave the premises immediately due to the coronavirus outbreak in the country.

Telangana Chief Minister K Chandrashekar Rao recently announced that all educational institutions, pubs and recreation places in the state would be shut till the end of March.

Urging companies to also practise social distancing, the government had appealed for employees to be provided work-from-home options. But not many IT companies have followed suit. The city hosts a significant population from various districts, particularly people who have moved here for work or educational purposes.

“How can they ask us to leave within 24 hours?” asked a distraught Sathwik, who is employed at a software company and hails from Nalgonda. “I do not even have a work-from-home option, so what am I supposed to do now?”

According to his hostel management, officials from the Greater Hyderabad Municipal Corporation (GHMC) visited various hostels and issued an ultimatum to make alternate arrangements for the residents.

GHMC officials, however, denied any such orders.

“There was no official order issued from GHMC on this. We are looking after sanitisation and suggested that hostels should not be overcrowded, but said nothing on vacating or sending people away,” said Deputy Mayor Baba Fasiuddin.

The IT industry COVID-19 committee clarified that working hostels need not be shut. It said police helpline numbers were available and people could report such actions taken by hostel managements.

The chancellor and dean of the University of California Hastings College of the Law in San Francisco, California, reacted to the Supreme Court overruling Roe v. Wade on Friday by claiming that the ruling effectively “turns back the clock” to “when women did not have the right to vote” and were “treated as property,” adding, “I tremble for my granddaughters.”

“Today’s Supreme Court decision overturning Roe v. Wade is devastating on many levels,” Dean David Faigman proclaimed in an open letter, before claiming that women not being able to as easily kill their unborn children means the clock has been turned back to another century. 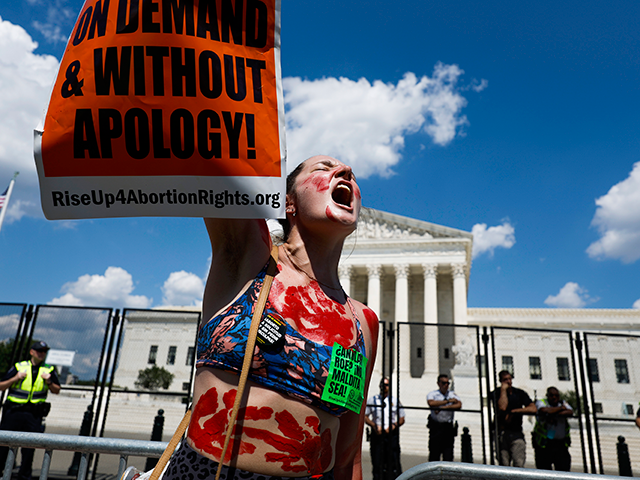 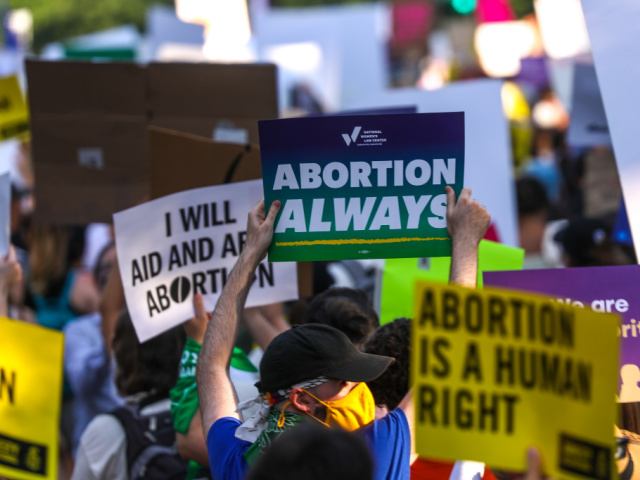 “This decision turns back the clock not just to 1973, but to a century when women did not have the right to vote and were, largely, treated as property,” Faigman wrote. “I tremble for my granddaughters.”

The dean then argued that “those with religious objections to abortion do not have the right to impose them on others,” before calling into question the legitimacy of the Supreme Court.

On Friday, the Supreme Court overruled Roe v. Wade , holding in the Dobbs case that the Constitution does not include a right to abortion and returning the issue of abortion laws and regulations to state legislatures.

“On the eve of Pride weekend, Justice Thomas’s concurring opinion in Dobbs underscores the breadth of the potential challenges to other fundamental and hard-won rights, including marriage equality,” Faigman lamented in his letter.

Faigman concluded by pledging to use his role as the leader of one of California’s most prestigious law schools to help prepare future lawyers and policymakers to “grapple with the outcome of today’s decision.”

“UC Hastings is committed more than ever to its core mission to prepare diverse students to advance the rule of law and pursue justice,” he wrote. “Our students are the future lawyers and policymakers who will need to grapple with the outcome of today’s decision.”

Faigman is just one of the many members of academia having a public meltdown over the Supreme Court’s life-saving decision.

After the ruling, college and university professors took to social media, where they issued unhinged diatribes in response to the reality that not as many killings will transpire in a post-Roe America.

When the California Academy of Sciences announced the winners of its annual natural photography competition this month, the honorees included a former photo editor for National Geographic. An established commercial photographer in India. A 50-year Norwegian veteran who the BBC once placed among the world’s 10 top nature photographers.

And an emergency room technician in Monterey who went diving last September and came across a dead sea lion slowly being devoured by starfish, 40 feet below the surface.

“It was pretty ironic — here I am on my day off, and I encounter this huge dead sea lion,” recalled David Slater, 32, about the first of what became six visits to grim yet haunting scene. “There was sadness, but also a certain nurturing beauty.”

Slater, who moved to Monterey from Hawaii five years ago, had his image “Sea Lion Fall” selected as the best photograph in the “Aquatic Life” category of the Academy’s BigPicture: Natural World Photography Competition . Established in 2014, the contest this year attracted more than 7,000 entrants. From these, just nine were selected to receive awards.

As someone who says he “has been obsessed with undersea photography since I was kid,” Slater was familiar with BigPicture. But he had never given thought to entering until real life intervened.

“Sea Lion Fall” was taken on the sixth and last dive that Slater took to survey the scene off Monterey’s San Carlos beach. With each visit, the sea lion remained on the ocean floor, face buried in the sand. With each visit, Slater saw more and more members of one species drawing sustenance from the remains of another.

By the last visit, two dozen bat stars of varying sizes and hues had attached themselves to the carcass, latched tight so that one of their two stomachs could use enzymes to break down the solid mass and make it digestible.

Slater knew the grisly technical details, since he has a marine biology degree from the University of Hawaii. But he also knew that he was encountering a rare glimpse of nature’s cycle of life. One made more solemn by a handful of sea lions hovering nearby, keeping watch but not intervening.

“Sea lions are pretty intelligent creatures, and I wondered if the one who had passed had belong to this rookery,” Slater said in a phone interview.

For his final visit to the fallen sea lion — in between shifts at Community Hospital of the Monterey Peninsula — Slater brought along the gear to take vivid images of the world beneath the water, including strobes to capture the true colors in the gauzy underseas setting. What he returned with has a calm and haunting surrealism — a still gray creature studded with colorful sea stars, while other sea lions were a dim chorus in the background.

“I knew the photo was special to me,” said Slater, who has an instagram account devoted to his off-hours passion. “But to have the judges agree? I literally don’t believe it.”

An exhibition of BigPicture’s seven winners and 42 runners-up will be held this fall beginning Sept. 30 at the Academy’s home in Golden Gate Park.

The full set of 49 prize-winning and finalist photos is at www.bigpicturecompetition.org/2022-winners .