DENVER (CBS4) – Denver police shared more information about a series of hit and runs in downtown Denver on Saturday. They say two police patrol vehicles were hit, and both were occupied near 14th Avenue and Delaware Street.

A police officer and a prisoner were in one of the patrol vehicles. Another officer was in the second patrol vehicle. All suffered minor injuries and are expected to be okay.

RELATED: Not Vaccinated In Colorado: Up To 20,0000 Intellectually And Developmentally Disabled Adults Police identified the driver as 23-year-old Tyler Hazell. He was arrested in Adams County shortly after the crashes in Denver.

Copter4 flew over the dramatic scene. At least a dozen law enforcement vehicles, from various agencies, responded to Highway 2 and Quebec Parkway northwest of the Rocky Mountain Arsenal. While some officers blocked northbound traffic, several other officers blocked southbound lanes a few hundred feet further north on Highway. The officers were seen with their weapons drawn, pointed at a silver Honda SUV. The driver was still inside. Moments later, officers walked up to the vehicle with a K9. After opening the driver’s door, they released the K9 on Hazell. Then, officers were seen pulling the driver out of the vehicle and onto the ground. Hazell was taken into custody. The SUV had front end damage.

In police documents, officers say they responded to a disturbance at a Burger King between employees and Hazell on West Colfax Avenue at around 8:30 a.m. on Saturday.

They say he drove away before officers arrived. Hazell reportedly drove westbound to Delaware Street and then reversed, going the wrong way, until he was beside a Honda Civic.

Investigators say Hazell rolled his window down and told the people inside, “Race me or die.”

When the driver made a U-turn, police say Hazell followed them and rammed the back and side of the car several times and then drove away.

Then, Hazell, while driving eastbound on Colfax Ave., tried to run over two men in a sidewalk. While they ran away from the vehicle, Hazell, police say, chased one of them with his car and hit him.

Before hitting the two police vehicles on Delaware St., police say Hazell drove the wrong way on 14th Avenue, got out of the car to high five a homeless man and then got back in the car.

Following that string of incidents, police say Hazell went back to the Burger King on Colfax Ave. and rammed a parked truck which was unoccupied. An officer at the scene tried to stop him, but Hazell drove away.

Investigators say Hazell “continued his rampage” in other jurisdictions until his car stopped running on Highway 2. He was arrested on assault charges and an outstanding felony warrant for domestic violence which, according to court documents, occurred on Saturday morning.

MORE: Yes, You Can Get COVID-19 A Second Time. And Several Hundred Coloradans Have

Hazell’s mugshot has not been released. He is expected in court on Monday.

Jason Sudeikis has reportedly turned to British glamour model Keeley Hazell in the wake of his split from Olivia Wilde.

The 45-year-old Hollywood actor has reportedly seen Keeley for a number of dates while he is filming in London, as Olivia reportedly moves her items into a house with former One Direction singer, Harry Styles.

Jason is in the UK to film his Apple TV comedy drama Ted Lasso, and he has reportedly named a character in the new series after Keeley, 34.

While they seem an unlikely pairing, Jason and Keeley first met on the set of Horrible Bosses 2 in 2014.

It is thought they have maintained a friendship ever since and she was the one that Jason turned to when he discovered messages being exchanged between Olivia and Harry.

A source told The Sun : “Jason has always found Keeley incredibly attractive, and has told pals he’s had a crush on her since her Page 3 days.”

They have had a platonic relationship but it has been reported that Keeley has been “incredibly supportive” after Jason was “devastated” after he found that Olivia was hitting it off with Harry.

The relationship between Jason and Keeley is “very early days” but they “set tongues wagging” with their “flirty banter” while enjoying dinner with his friends in Los Angeles.

Rumours of a romance was bolstered by Jason naming Juno Temple’s character in Ted Lasso after Keeley.

The source added that “Jason feels it’s too soon to leap into a new relationship – but it’s a case of watch this space.”

The pair are reportedly in regular contact, and have met up while he is in London.

Jason confirmed that he was separating his wife Olivia in November last year.

They have two young children and Jason was said to be “heartbroken” over her fling with Harry.

In the Sunday Mirror of 7 July  “Death Row Suicide drugs on sale to teenagers” we reported that a Roger Grainger, had committed suicide after an illness  in 2016 without telling his wife Gaynor so that she would not be implicated.

We illustrated this story with a picture of a different Roger Grainger and his wife Hazel, who had nothing to do with the story and are both very much alive.

We would like to apologise to them most sincerely for the upset and distress caused and, to mark this, a donation will be made to the Millbrook Suite Cancer Unit at Kidderminster Hospital on their behalf.

HOLLYWOOD star Jason Sudeikis has grown close to former Page 3 girl Keeley Hazell in the wake of his split from Olivia Wilde, the Sun can reveal.

The star is even said to have named a character in his new Apple TV comedy series after the stunning model.

And the pair have secretly met up for dates in London as Jason films comedy drama, Ted Lasso.

News of their blossoming friendship comes after his ex was pictured moving her belongings into new boyfriend Harry Styles’ Los Angeles home.

Last night a source said: “Jason has always found Keeley incredibly attractive, and has told pals he’s had a crush on her since her Page 3 days.”

He and Keeley became pals a few years ago, and stayed in contact, albeit purely platonically.

“When Jason found out about his wife and Harry , Keeley was one of the people whom he turned towards. During this time he was understandably devastated, but she was brilliant and incredibly supportive.

“He invited her to join him for a dinner with mates in LA, and their flirty banter quickly set tongues wagging. They have met up since, but obviously it’s all very early days.”

Keeley herself also has a role in Ted Lasso after being cast by Jason.

“Jason feels it’s too soon to leap into a new relationship – he is in absolutely no rush – but it’s a case of watch this space.”

The unlikely pairing are understood to have become friends during filming of Horrible Bosses 2 in 2014.

Lewisham-born Keeley, 34, first sprung to fame as a Sun Page 3 girl in 2004, and after her last glamorous appearance in 2009, turned her hand to acting.

In 2012 she moved to Los Angeles, and had acting lessons, landing roles in movies including Horrible Bosses 2 and Like Crazy, alongside Jennifer Lawrence and Felicity Jones .

Last year she returned to London and briefly dated funnyman, David Walliams . In October she told The Sun she’d returned to England to “find love”.

The We’re The Millers star, meanwhile, is currently in London filming Ted Lasso. The pair are in regular contact, and have met up whilst in the capital.

Ted Lasso is about an American football coach drafted in to manage an English football team.

The character of Keeley is a model who plays for the English premiership team Ted, played by Jason, manages.

Hollywood writer and actor, Jason, 45, confirmed his split from Olivia after seven years together in November.

According to pals, he discovered Harry and Olivia’s flirty messages after they flashed up on her Apple watch.

The Sun recently revealed Jason and Harry are currently both filming different projects at the same studios outside London – meaning they could be set for an awkward encounter.

The couple, who have two young children, reportedly secretly separated earlier in the year, with Jason said to be “heartbroken” over news of her fling with the 26-year-old One Direction heartthrob.

Most read in Showbiz

Scott Thomas slammed for getting £15,000 Doberman puppy with cropped ears

News of their romance emerged in January, when pictures showed them hand-in-hand at the Californian wedding of his manager.

The couple met whilst working on movie Don’t Worry Darling in which Harry stars alongside Florence Pugh. Olivia directed the film, and earlier this week posted a gushing photo of Harry on Instagram, praising his “humility and grace”.

Last night spokespeople for both Keeley and Jason declined to comment.

Aamir Khan’s daughter was making headlines as she made her relationship with beau Nupur Shikhare Instagram official . On Promise say, she shared a series of photos of her ‘Valentine’ and it will leave you wanting for now. On Valentine’s day, the starkid took to her social media to give us a glimpse of her V-day celebration at home.
Read Also

She shared a video of the red roses made by Nupur and in another video, he is sitting on a chair with his phone and smiling. ‘Stay home with me’, she captioned the post. Ira is not visible in the videos.

Check out her posts here: 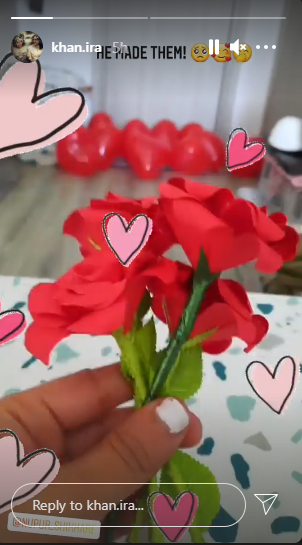 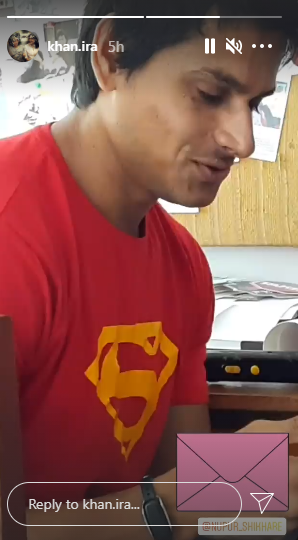 A few days back, she shared some cute photos with her boyfriend. The post was captioned as, ”Its an honour to make promises with and to you❤#hi #whaleyoubemine #myvalentine #buddy #yourebetteratcheesylines #dreamboy”.

As soon as she shared the post, Fatima Sana Shaikh commented, “Awwww”, in the comments section.

Meanwhile, on the work front, in 2019, Ira made her directorial debut with a theatrical adaptation of Euripides’ Medea, which also starred Hazel Keech in a pivotal role. While her brother Junaid often assists his father in filmmaking.